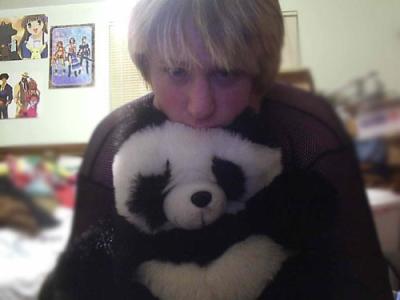 My dad gave it to me for Valentine's day, We had an argument and gave me the teddy for a present to say sorry. I didn't accept it and the next night I saw him sleeping with it... So, oddly... I accepted it and forgave my dad
Pink Midge [Monster Master] 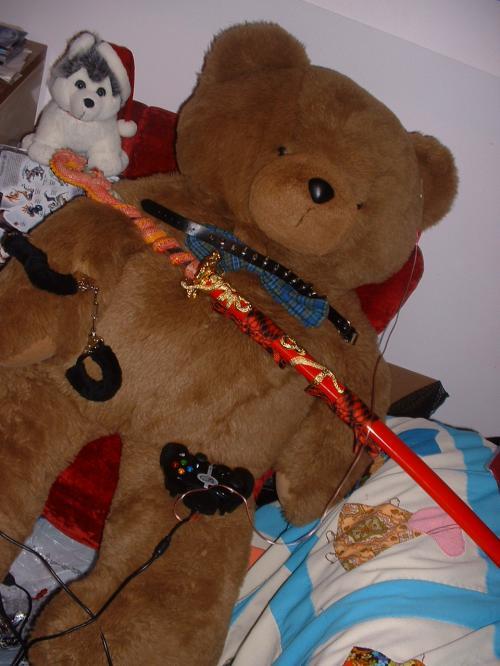 Bondage Sex Bear - [Lust] - I was forced to go funiture shopping when I was little and fell asleep on him, Bondage Sex Bear, and the owner let me have it ^-^ And I couldnt lift him he was bigger then me! 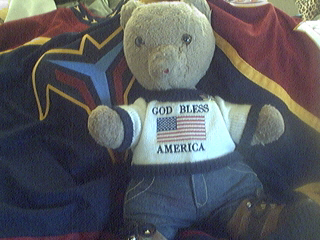 American bear [james2077] just plain teddy as he has been known for 40 years now was with my mom everyday that they were working at the twin towers,teddy has been around foreverhe go`s everywhere with my mother and meets everyone from 2 presidents to movie stars to isreal this past summer ha teddy has been more places then i will ever be.

[Hedda]: The famous crusader Teddy von Bjernenburg whom I met at the Medieval Week on Gotland (Swedish island between Sweden and the Baltic states). (Got permission from [Romantic Rebellion] to enter although it's not my bear). 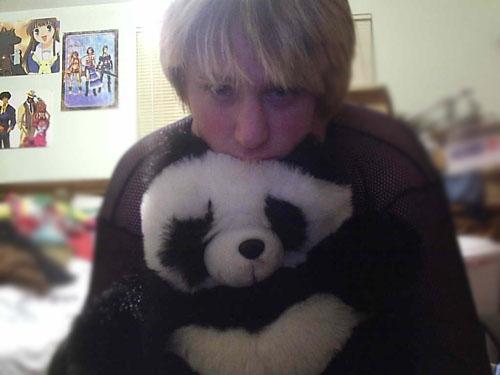 [Baleeted_user] This is me and Kumagoro-Kun! Now for his story...
It all started when this fair came to the town, and I asked my significant other if he would go with me, but he said that he had to work... So I went alone anyways... So I was sitting sad and alone on a bench, when suddenly from behind, I hear someone yell "KUMAGORO BEAM!" Ever since, I have always treasured Kumagoro with all my heart! And that is Kumagoros story! [Sorry if that was too long ^-^;]

- [Willow Rose]
This is Boo ^^
He was a gift from Cam when we were together. Cam had had him since he was little, and he thought it'd be special if I had it. Sorry the picture is blurry, it's a webcam one. And the reason his eyes are covered is because he has magnets on his hand and nose so he covers his eyes. Hence the name "Boo" :) 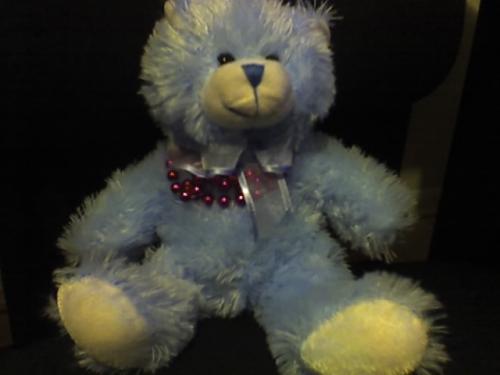 Yay fluff fluff [.Beautiful dirt.]
I got this from my ex-boyfriend but still yay 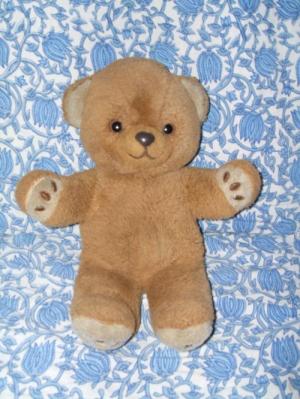 [~sminx~]
His name is Gally. Strange name i know, but it was my nan's middle name and she bought him for me. I've had him since i was 3 years old and nearly lost him on a few occasions! but he's still here and looking as good as ever! I treasure him always as my nan passed away when I was 6. Look he wants a hug! :D

[Faith.Hope.Love] - "Angel"
My beloved Mom gave me this bear. If you push on the belly, it says, "I'm your Guardian Angel. I'm your Special Friend." My Mom recently passed away, so this Teddybear means so, so much more to me now.

Back to Elfpack contests

2007-03-12 [Romantic Rebellion]: hey [Anvikit]!!!
its only bears coz then i can do cute other teddys in another competition! lol
i shall have to remove it...sorry
ill do cat things next heh

2007-03-12 [nevermonegone]: What you should do is another "Cutest Stuffed Animal" Contest. This way anything is good.

2007-03-12 [Romantic Rebellion]: well i was thinking of seperating them into animals.

2007-03-12 [nevermonegone]: Eh, Stuffed animals in all would be a little better. 'Cause some people don't have certain animals. Like Llama for instance. What if someone had a Stuffed Llama? O_o;; Would make things easier too, so this way you wouldn't have to manage so many polls and whatsuch. But that's just a suggestion

2007-03-22 [Faith.Hope.Love]: Hi! Is this contest over. According to the Elfpack contests' page, it is. I've been advertising this contest in my house & on my Teddy Bear Lovers. I wanted to post a pic', but my time is already so channeled, consumed. *sighs*

2007-03-24 [Romantic Rebellion]: no its not finished yet im waiting to get ten entries i just hadnt got round to extending it on the ep contests page yet. Enter your pic!!! do it *mezmerizing eyes*
thats very kewl advertising it thanx

2007-04-23 [Romantic Rebellion]: yeh i think i might start the voting because i dont know how much longer i will have to wait for a tenth entry.
can i put an advert for the voting on mc when ive started the voting?