EP Name:[Cerulean Sins]
Character Name:Grace Harman
Age:200
Sexual Liking:Bi
Gender:Female
Race:Vampire
Personality:Cold, heart-less but acts warm and happy to others
History:Grace comes from a rich family of writers, lawyers etc. Grace lost her husband Edward a year ago and she has been alone since then. She has many slaves and uses them for different things, she has one to do the cleaning, one for the cooking, one for the gardening, four as her blood sourse and she has three for sex.
Picture:

EP Name: [Ritsuka-Kun]
Character Name: Kai Moira
Age: 35
Sexual Liking: bi
Gender: male
Race: vampire
Personality: can be cold and heartless but occasionally and only around certain people will he show his softer side
History: He's been getting slaves since a young age his first one from his parents when he turned 16 at first he was disgusted but then something about the thought of having complete dominance over someone appealed to him and he became well addicted to it. He owns a club that is split in half on one half is a nightclub and on the other side is a strip club.
Picture:

EP Name:[Sigyn, The Faithful Wife]
Character Name:Damion Keller
Age:200
Sexual Liking:Bi
Gender:Male
Race:Demon
Personality:He's pretty quiet, a deep thinker, but has a temper
History:He was born into a rich family of doctors and lawyers. He never fallowed that path, choosing instead to become a well known writer. He owns only a few slaves, one or two for cleaning, one for cooking, a gardner, and every now and then for sex.
Picture: 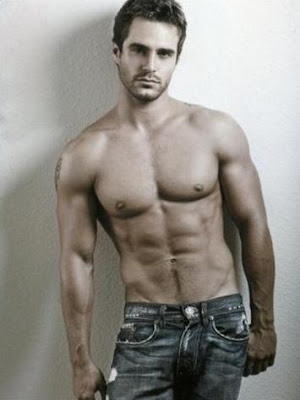 EP Name:[Cannibal Vampire]
Character Name:Moxy Vinx
Age:89
Sexual Liking:Bi
Gender:Female
Race:Vampire
Personality:Sweet and to the piont. But dont piss her off. :3
History:She from a royal family. Her dad ish Dracula, she has never meet her mom.
Picture:


[HeAVenShallBuRN]
Name: Arthas Menethil
Age: Born in the Babylon war (yes, that freakin old)
Gender: Male
Race: Vampire
Personality: Good to his slaves, well only one, his newly arrived slave.
Powers: Necromancy, unholy magic, blood magic
Other Info: Arthas is under the impression, all must bow to him, since he's a Prince, well king. He dubbed himself, the Lich King, commander of the undead armies of Scourge.
Class: Rich...and very powerful