Shinagami (Liberty is not free)

Protecting freedom. One liberal at a time.

I dont realy know any more. If you realy want to find out you can message me. Heehee, if you do find out let me know so I can replace this.
Likes...
racing my 1000RR
Shooting
World of War Craft
drinking 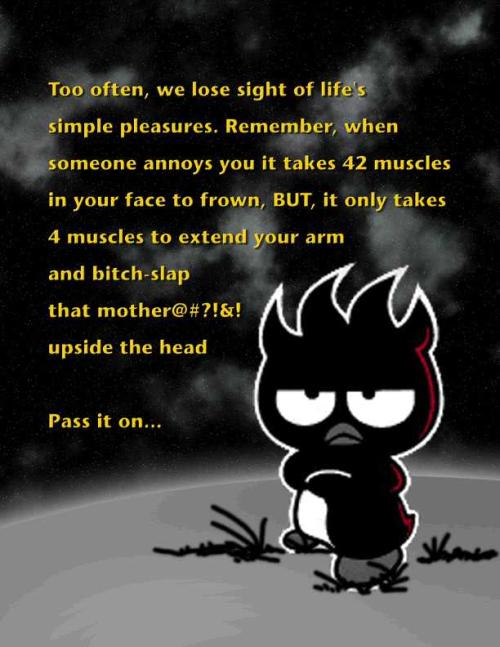 this is absolutly true

Alright, its high time I did some emo bashing. You all make me sick. I have had more shit to be emo about than any of you fuckers out there. Just cause some girl breaks my heart or because... (other shit that I don't care to mention), you don't see me pasting it all over the internet and crying like a bitch or a little child that bumped his head. In fact you are all like little children in that respect. One small miniscule thing goes wrong and you cry like its the end of the fucking world. Then, (this is the best part) you go and cut the shit out of your wrist, "somone doesn't love me, boo hoo hoo. I think I'll go kill my self rather than move on and find someone better." Well, if your gona kill your self go use a fucking gun or somthing, it works better and its almost fool proof. I mean, hell, even you retarded ass mother fuckers can figure out how to pull a God damn trigger. (note: there is much more anger inside of me, but I'm gona stop before I give any of these retards ideas. They may be stupid and piss me off, but I don't want them to kill them selves. Thoes of you that know me proly know why I say this.) In short, if you are emo, stop before you make me puke... wait... to late.


OK, this is realy pissin me off. why do people put that stupid "this house is protected by blah blah blah bull shit". No one cares who is protectin your house, its not like any of them could do any thing to any one else in here if they tried. ok done ranting for now.

More ranting, WHAT THE FUCK IS UP WITH THIS CYBER SHIT, REAL LIFE IS BETTER! All you little fucking cyber hores out there are just fuking pathetic, get a life.

you people realy need to get off of this stupid 666, upside down cross, and pentagram shit. Most of you people puting this shit up there don't even know what the fuck it means. For thoes of you that do know what it means, cograts, and thank you for knowing what the hell your talking about. On this one I will apolagize to thoes that do not fall into the ignorant catagory

This one goes out to Cindy Shehan. You are a fucking MORON. If your son knew the shit you are saying and doing he would roll over in his GRAVE.


Just to amend the first rant. theoreticly it is posible to go out of your way to track down and fuck a boy up in RL. if you go throu this much trouble to do that to a person that you have never met however... you need to find a better way to spend your time... cause you are WAY TO BORED.

You call me "Cracker", "Honkey", "Whitey" and you think it's OK.
But when I call you, nigger, Kike, Towelhead, Sand-nigger, Camel Jockey, Beaner, Gook, or Chink you call me a racist.
You say that whites commit a lot of violence against you, so why are the ghettos the most dangerous places to live
You have the United Negro College Fund.
You have Martin Luther King Day.
You have Black History Month.
You have Cesar Chavez Day.
You have Yom Hashoah
You have Ma'uled Al-Nabi
You have the NAACP.
You have BET.
If we had WET(white entertainment television) we'd be racists.
If we had a White Pride Day you would call us racists.
If we had white history month, we'd be racists.
If we had an organization for only whites to "advance" our lives, we'd be racists.
If we had a college fund that only gave white students scholarships, you know we'd be racists.
In the Million Man March, you believed that you were marching for your race and rights. If we marched for our race and rights, you would call us racists.
You are proud to be black, brown, yellow and orange, and you're not afraid to announce it. But when we announce our white pride, you call us racists.
You rob us, carjack us, and shoot at us.
But, when a white police officer shoots a black gang member or beats up a black drug-dealer running from the law and posing a threat to society, you call him a racist.
I am white.
I am proud.
But, you call me a racist.
Why is it that only whites can be racists?
Repost if you agree


Gender: male
What do you do?: Working
Place of living: USA-Texas
Known languages
Music
Other interests
Civil status: married
Sexual preference: opposite sex
Body shape: muscular
Height: 172
News about Elfpack
Help - How does Elfpack work?
Get $10 worth of Bitcoin/Ethereum for free (you have to buy cryptos for $100 to get it) and support Elfpack!