THIS IS A PLACE WHERE THE WITCHES CAN PLAY!!!

Tora: Who the fuck cares about these mortals anyway??
Mizu: Loads of ppl.
Tora: Name one…..
Mizu: Give me a sec……um….
Tora: See nobody cares……….and sku is useless as well
Mizu: Ok I agree that school is useless and a waste of time but the mortals should be given a chance to live
Tora: We’ve given the idiots one too many fucking chances already….and look what they’ve done to the world…….pollution…….tear in the ozone……I think that witches, demons, and angels should be dominant again……….don’t you agree Kaze??
Kaze:……..
Tora: What you have nothing to say on the subject??
Kaze: It’s not that I haven’t anything to say it’s just that I have many things to say and don’t know where to start
Tora: How about at the beginning??
Isuchi: I agree with Tora……and I’m curious as to what you are going to say Kaze.
Kaze: Well…..this planet has been doomed from the start so why try to save it??
Tora: Because this is as much our home planet as it is theirs.
Kaze: You do have a point Tora, but no matter what you say there is no way we can stop these ‘humans’ as they are called from destroying this planet no matter how much we’d like to. All we have to do is combine our powers and make our own little world where all the magickal creatures can live in harmony. It will be called Maganta, but first before we even try…..we need to find out what our home planets are like and if they are livable after we kill those sorry bastards that dared to call us the Damned Ones and sent us to this gahdforesaken planet they call Earth.
Tora: *happily and almost evilly* That sounds like a plan that I can get myself into and actually go all out on.
Mizu: Sounds like fun. *She says while looking amazed at the thought of doing what was said.*
Kaze: It will be somewhat fun, but very dangerous……..we’ve all got to be careful. Got it?
Tora, Mizu, and Isuchi: Got it!
Kaze: Good. 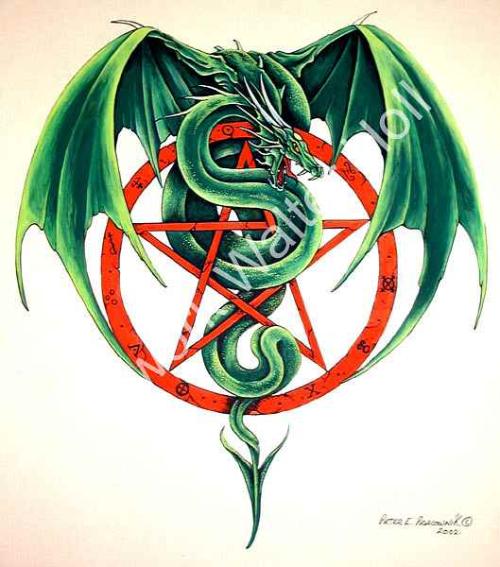 
This info came from Tru Gundam, and may have been modified by yours truly.

A lifetime ago, Kurama was the leader of a group of thieves. His second in command was Yomi, who would later become one of the three most powerful demons [youkai] in Demon World [Makai]. But Yomi was a ruthless and brainless fighter who didn't want to listen to the much smarter Kurama. When Yomi ran his own group of thieves and let many loyal followers die by acting on instinct instead of thoughts, Kurama sent an assassin to kill him. This assassin failed, however, and only ended up blinding him. The assassin would wind up regretting this, as the powerful Yomi tortured him until the day he died.


But then, when he was chased by a Spirit World [Rei-kai] bounty hunter and got injured, Kurama (in his fox form) fled to the Living World [Ningenkai] and his spirit combined with that of the unborn baby of Shiori Minamino. He was later born as Shuichi Minamino. His human mother loved him with all her heart and taught the once so cold hearted Kurama what human love is. Kurama, who actually wanted to return to Demon World [Makai] as soon as he regained his powers, learned how to love and to care and found himself unable to leave his mother. So he stayed to take care of her (he continues to live with his human family today).
Kurama and Hiei met each other when they were in junior high. You may not believe it, but Kurama had short hair! Although Hiei probably will never admit it, they are close friends, know a lot about each other, and even understand each other. When Kurama's mother got sick and could not be treated, he decided to join Hiei and Gouki to steal the three Spirit World [Rei-kai] artifacts to save her life. The item Kurama got was a mirror called the Forlorn Hope, meaning that if the person wanted their wish granted, they would have to give up their lives to accomplish this wish, hence the forlorn part of it.
And so he met Yusuke, who saved his life when he wanted to sacrifice his own life to save his mother's. In the end, the mirror granted Kurama's wish and saved his mother's life. He then surrenders to the Spirit World but is later released to join Yusuke's crew (along with Hiei) during the invasion of the Spirit Beasts, maintaining his human form but going by his real name.
Kurama's power is the ability to control plants, especially Makai plants, and his techniques have a uniquely beautiful but deadly quality to them. He always carries a rose in his hair, his means of creating the deadly Rose Whip. With it, he can invoke attacks like the Rose Whiplash or the Thorn Wheel. He's also known to use a Death Plant that can kill an enemy by growing inside them.
Kurama is a very nice person who smiles a lot, but nobody can tell who and what is behind this smiling face. He is an extremely intelligent person, thinks a few steps ahead of normal people, and will never let others know what's on his mind. Even in the most difficult situations, he manages to stay calm and think about the best solution. However, his time as a human has softened what would otherwise have been a very ruthless demon [youkai]...with a reputation feared even today by the demons [youkai] in Hell.
Kurama occassionally returns to his real form, but is basically trapped in his human body and can only come out with special items like the Idunn Box or with the Fruit of Past Lives. In his real form, Kurama's power of plants increases significantly, and the white clothes of his real form are created of demon substance and they have defensive powers like those of Sensui. Also, he regains his cold bloodedness from before his life in the human world.
In his past, Kurama's closest friend and companion was Kuronue, who died during one of their robberies in Demon World [Makai]. Kurama is still quite upset about his best friend's death, the feeling which the enemies of the second Yu Yu Hakusho movie took advantage of.
Note: In the US version of the anime, the narrator mentions that Kurama is a 300 year old demon. This is not mentioned in the Japanese version. However, in the Japanese version, at one point when Kurama talks to Yomi, Yomi says they haven't seen each other in over 1,000.

"BRIERES, HEY BRIERES GET UP!" Querina screamed while shaking me frantically.
"Huh? What happened? What-What's wrong?" I asked sleepily.
"Oh nothing just you are going to be late for work is all."
"What?! THE ALARM DIDN'T EVEN GO OFF! CRAP THIS IS NOT MY FRIKIN' DAY!" I screamed while scrambling to put my clothes and make up on. Then I looked at the clock and it read 7:30 am and I don't have to be to work until 9 pm tonight.
"Alright what was that all about?" I asked infuriated.
"I just wanted to wake you and that was the only thing that I did that successfully woke you."
"Well what do you expect? I'm exhausted from last night. Heck you should be at least half as exhausted as me cause you were with me most of the night."
"You know me, I'm never tired."
"Yeah, yeah I know. Well what was so important that you absolutely had to wake me this early for?"
"The so-called master wants us to report to him about last night's rendezvous with his son."
"Can't it wait till later? Unlike you I need at least some sleep."
"No it cannot. The so-called master says he wants to see us immediately with the report."
"Fine I'll just finish getting my uniform on and we'll go to report to him."
"Alrighty then, I'll be back with breakfast in half an hour and then we'll leave."
"See you in a half hour then." I called back as she went out the door. Sighing and stretching out my muscles I begin thinking about the night before and how we 'accidentally' bumped into the master's son in the midst of a heist we were trying to pull off at the time.
~~~~~~~~~~~~~~~~
Keeping an eye on the unconscious guards in Raizen's territory Brieres scowled inwardly for allowing her good friend and partner in crime go in by herself to get the Elemental Diamond as she kept watch for anything suspicious and making sure sh could give the signal to Querina if the lord of the land came back from Ningenkai too early. Her eyes narrow dangerously as she senses someone coming and gets ready to give the signal but sighs in relief and frustration as her own lord's son appears out of the shadows and tries to head inside the castle just behind Brieres. Smiling at the silver haired cunningly adept prince she bows slightly.
"Milord you must not go any further. You know how irritated my partner gets if anyone interferes with her work."
Taking her by the shoulders and straightening her upright the young prince smiles domineeringly.
"Just call me Kurama as I've said many times before my dear and I am aware of how touchy Querina gets with interference but that isn't the reason behind this visit."
Blinking a few times in surprise and raising an eyebrow she watches the prince with unyielding curiosity.
"If I am not overstepping my bounds, may I inquire as to what that reason is my, I mean Kurama sir?"

Summary: In this story you get to see how Youko Kurama was in his younger days, let's say mid-twenties, and how a mere servant of his father has made a huge impact on his life.


that's all I got so far whatcha think??? my kitty shall shoot you all!!!! but no worries it will not hurt much